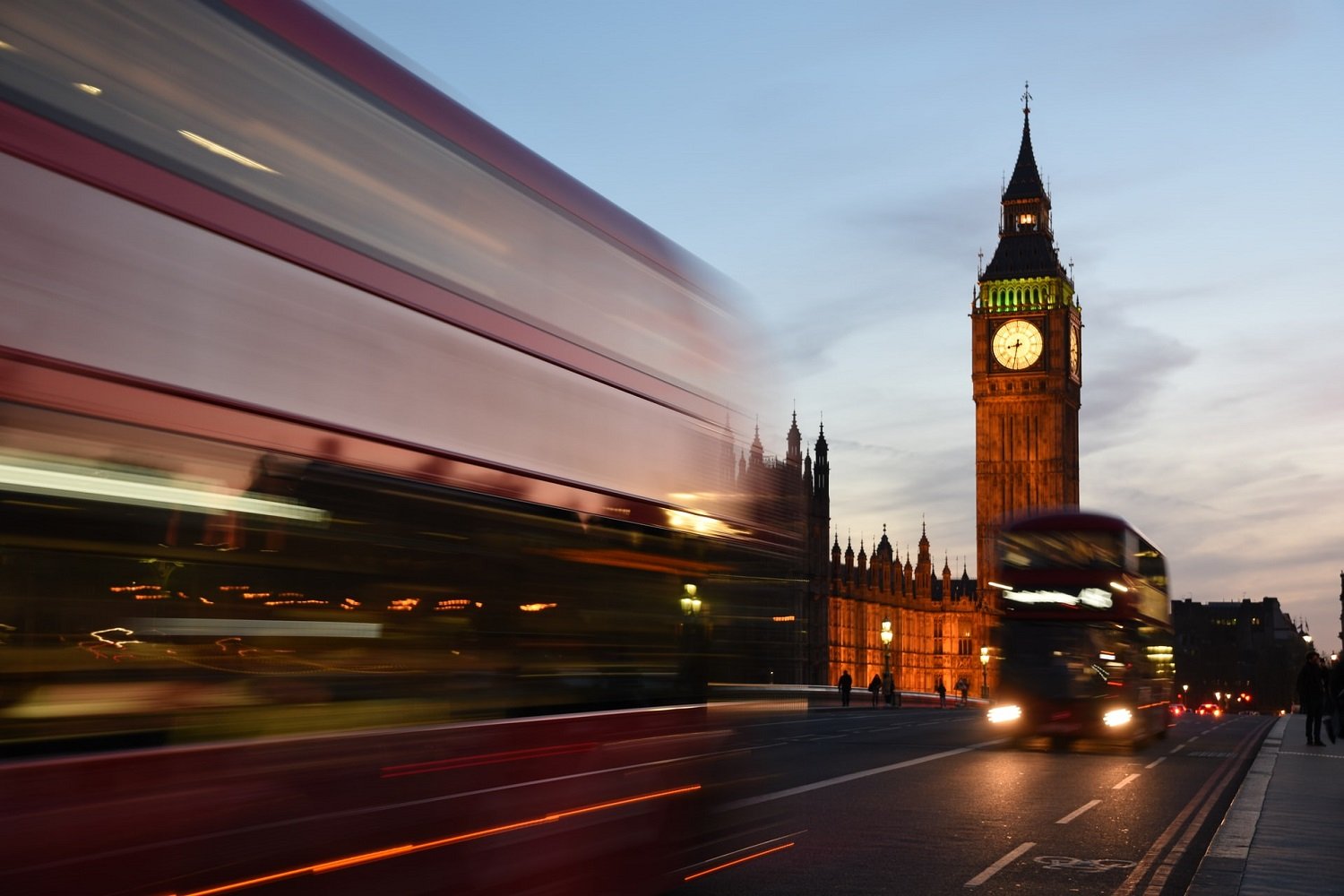 In need of some social media marketing tips? You needn’t look much further than your leading party members. Nothing has engulfed the public consciousness over the past couple of months like the General Election. Media channels inundated us with updates, debates, interviews and party broadcasts.

What’s more interesting is there has never been an election where social media has played such an integral part. With a platform for persuasion and promotion so easily accessible 24/7, the requirement for each party to take advantage is an absolute necessity. But who is making the most of their digital presence? And what social media marketing tips can we take from our aspiring world leaders in our crusades for social supremacy?

1) A picture is worth a thousand words

It doesn’t matter how alluring your vision for a better Britain may be if nobody’s taking notice. One way to stand out in the crowd is through the use of photos. Our candidates are well aware of this and have been providing regular photo updates from the campaign trail. However, David Cameron has aroused a greater response on Twitter through supporting his policies with evocative images, often portraying wholesome family values. Take the above image for example.

Still, it’s no surprise. Images with captions or quotes, such as this are known to do well in social media channels. Just ask social media scientist Dan Zarrella, who found that tweets which include a photo are 94% more likely to be retweeted than those which don’t.

And it doesn’t even have to be politically relevant. Judging by the retweets, Cameron managed to convince almost 1,000 followers that he’s all sweetness and light with this picture of him feeding (and eskimo kissing) a new born lamb!

If you want to climb the social ladder at school, you had to get in with the cool kids. Occasionally, the same applies to politics. We’re still light years away from our shameless American counterparts when it comes to celebrity endorsement (don’t expect Clint Eastwood and his ‘empty chair’ to be making any public appearances on behalf of any of our candidates). However, a couple of our parties have utilised some household names to enhance their campaigns.

Actor Martin Freeman has pledged his support for Labour by featuring in their first election broadcast, which has done the rounds on Twitter and Facebook.

Miliband’s Twitter feed also features a retweet from Duncan Bannatyne, championing his vow to abolish non-dom status. Meanwhile, Katie Hopkins’s promise to leave the country if Miliband gets into number 10 will surely have done his campaign a whole world of good.

However, the most surprising social media boost came about from Nick Clegg’s encounter with television personality and political lowbrow Joey Essex. Granted, Clegg wouldn’t have had the man who thought his party was called the ‘Liberal Demo-Cats’ at the top of his list of celebrity advocates. Nevertheless, his tweeting of a picture of the two of them taking a selfie drew in almost 500 retweets.

Similarly, when promoting online content, Kiss Metrics advise us to seek feedback from experts in the industry – “Before publishing your new piece of content, reach out to an influencer or influencers in your industry. Tell them the topic of your content and ask if they would be willing to provide a point of view.”

Nigel Farage isn’t the most conventional or compromising MP. Much of his Twitter campaign has consisted of name-dropping, criticising his fellow candidates and accusing parties of stealing his policies. Where he excels is his use of humour and his ability to poke fun at his opponents.

While he could be lowering the tone with this Groundhog Day mock-up, he’s merely tapping into a heavily populated audience. Facebook and Twitter have become a haven for the exchange of humorous images and videos, with thousands of pages dedicated to deviations of the sort.

Indeed, online marketing manager Carson Ward highlighted a distinct correlation between viral content and humour, citing a study which “identified humour as the universal appeal for making content viral.” So it seems like a pretty safe bet? In this case it was. This tweet was one of Farage’s most popular. With over 250 retweets, it made a statement while proving humour can be a handy weapon when it comes to bringing in traffic.

If there’s one thing Ed Miliband knows how to do, it’s how to reaffirm a point. So much so that his name is now synonymous with the term ‘zero-hour contracts’. His Twitter feed carries on in a similar vein, emphasising his focus on a more equal Britain. Comments such as: “It is only when working people succeed that Britain succeeds“, feature heavily…

Repetition to this degree can be annoying but it gets you noticed and it drills the point home. Certainly, in the blogosphere this is crucial to exposure. Social media marketing expert Ken Mueller advises tweeting your blog content three or four times a day – “Most aren’t logging in and staying on all day. So if you’re content isn’t right there in front of their face, they’ll miss it.”

Miliband’s Twitter crusade is also punctuated by requests for retweets, as seen below…

This is a feature seldom seen on any of his opponents’ feeds, seemingly much to Miliband’s gain. As simple a concept as it sounds, the impact that this mere prompt to action has is quite striking. Dan Zarrella found that tweets which include the phrase ‘please retweet’ are more than four times more likely to be shared than those which don’t.

Another social media marketing tip that Miliband and Co. have brushed up on is where numbers are concerned. A scroll down the Labour Twitter feed throws up a few examples where numbers have are used in the title. For example, Labour’s ‘Five times an IOU is unacceptable’ Youtube video mocked the Tories vague plans to fund the NHS.

These types of headlines aren’t uncommon, and with good reason. Copywriter, Nicole Dieker cites a Conductor study that found that 36% of blog headlines feature a number.

Why? A greater insight is provided by blogger Brandon Cox. He argues that numbers promise something specific, structure and clear organisation. This is all the more important in a climate where the reader’s attention span is at an all-time low due to the amount of content available online.

The ability to epitomise a pledge or denounce the opposition in a short, witty quote or slogan can work wonders for a party. We just have to look back at past campaigns for the evidence. Margaret Thatcher and the Conservatives rode into government in 1977 on the back of their ‘Labour isn’t working’ campaign. More recently, Tony Blair’s successful 1997 campaign was synonymous with the slogan: ‘Because Britain deserves better’.

So it’s no surprise to see each parties pages littered with such slogans. The Conservatives are eager to criticise Labour spending plans and are currently drilling home their ‘more taxes, more borrowing, more debt’ slogan. Meanwhile, Miliband has clarified his stance on Tory NHS funding plans with ‘You can’t save the NHS with an IOU’.

And it can be a useful tactic when applied to promoting your content. Kiss Metrics advocates pulling ‘snippets’ of your work as a way of enticing readers in without resorting to clickbait. Similarly, The Guardian often employs this tactic when promoting feature articles on Facebook, drawing the reader in with an interesting or evocative quote.

Whether it’s encouraging user interaction, sprucing up your visual appeal or tinkering with your title; the little things make a big difference. In what’s fundamentally the biggest popularity contest in the country, the consideration our candidates have put into their posts pays testament to the power of social media and the importance of the finer details.

Sam is a budding freelance copywriter and journalism graduate, specialising in considered content. He is currently looking for work opportunities within advertising and digital copy in Warwickshire or the surrounding areas – a place to ply his trade and weave his words. Sam can be found via Twitter or contacted via e-mail. If you’re looking for talent, get in touch!