Do Brands Pay for Product Placement in Joe Hart’s Life? 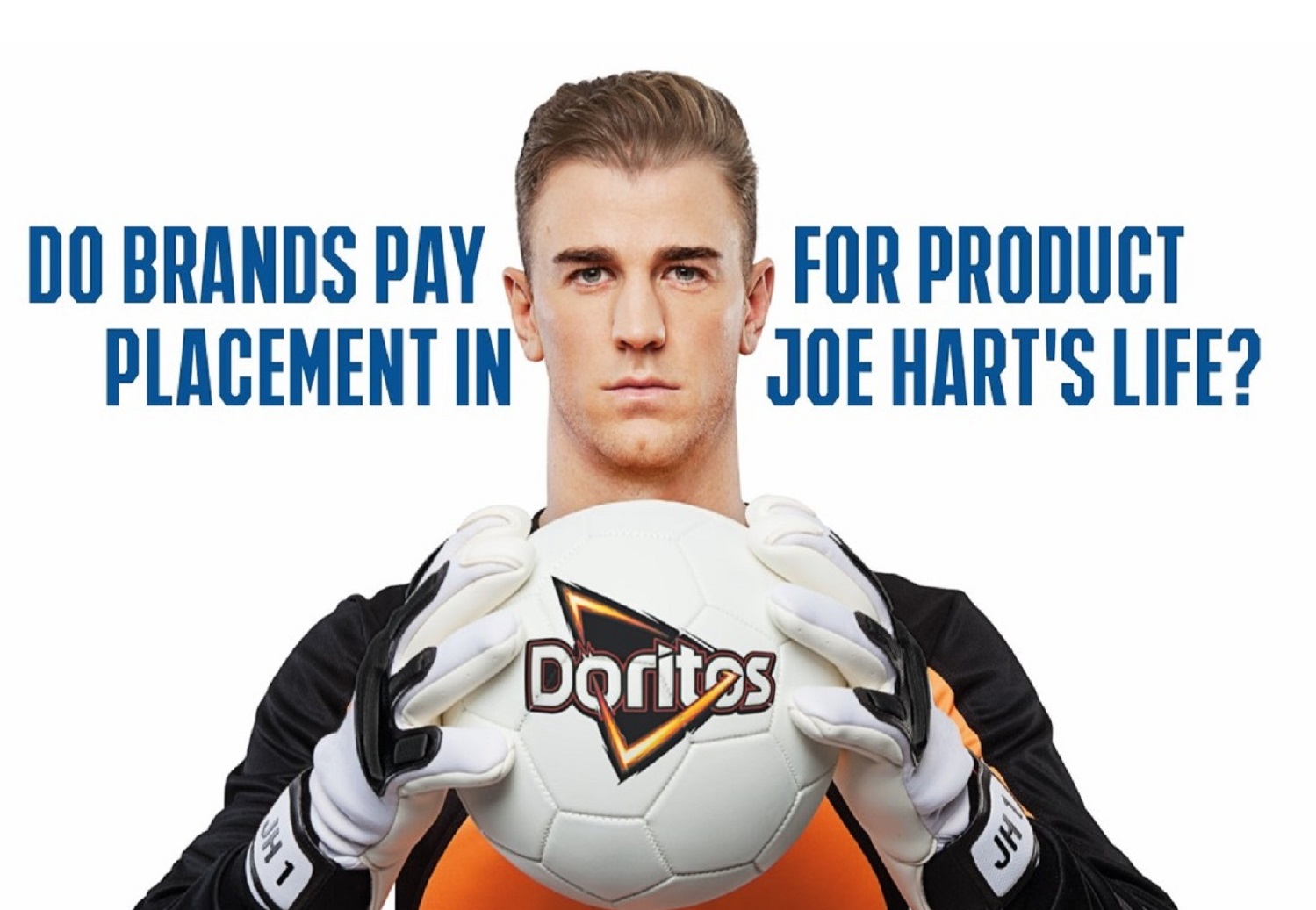 Has product placement in the World Cup gone too far? This blog takes a look…

World Cup fever is finally upon us. At this time, we should all spare a thought for the young men who are carrying the expectations of England with them to Brazil. Our team may be in fine fettle on the field, but behind closed doors they are struggling with an array of problems, including dandruff, thirst, lack of energy and sweaty feet.

At least that’s what their advertising campaigns would have us believe. In this blog, we’ll be asking:

Has product placement in the World Cup gone too far?

Have we already seen enough of our footballers? For weeks, we’ve been bombarded with images England’s top footballers showing off their new sneakers, enjoying a soft drink, eating chocolate and crisps and even getting a mid-match shampoo.

Joe Hart’s Head & Shoulders advertisements have been ridiculed in the press. But that hasn’t stopped him from appearing in ads for Umbro and Vauxhall, the England team’s official sponsor. There’s no getting away from him.

And Hart isn’t the only one looking to top up his pay check with a bit of cheeky advertising. In fact, nearly every player on the 2014 England team is endorsing one thing or another. Let’s take a look at a few of the brands which our players are keen to endorse.

Of course, footballers and product placement is nothing new. Just look at Brand Beckham. Or Gary Linekar and his infamous run of Walkers ads. And who can forget the sight of Cristiano Ronaldo channelling Derek Zoolander in his Giorgio Armani briefs? Clearly our favourite athletes are struggling to get by on their multi-million pound salaries and have to moonlight as models and actors to make ends meet.

But what about Luke Sure?

One thing that does come to mind, is the lack of imagination with branding. As you’ll have noticed, several members of the England team aren’t part of big advertising campaigns. Why not? And perhaps a few cheeky puns might help? How about this “Ben Fosters” or perhaps “Luke Sure”?

Have we reached brand saturation?

However, there is a risk of brand overkill before the first goal has even been scored. While you might accept that Steven Gerrard just loves the odd Lucozade, are we really supposed to believe that a world class athlete with his own personal nutritionist is scoffing a load of Mars bars along with his sugary drinks?

Yes, a footballer’s career is shorter than most so they need to make their money while they can. And no, we wouldn’t turn down a million quid to star in a cheesy ad either. But with the eyes of the world pointing their way come Saturday 14th June, it’d be great if footie fans were focusing on our superior ball skills, not checking out our goalie’s dandruff-free locks.